What is a Wall Stud?

A wall stud is a vertical member that frames and forms the panels of the wall or of a partition. These partitions are known as wall studs, and are a common feature in most homes across the UK. These fundamental components help keep the structural base of the walls steady so that external and internal elements do not compromise the sturdiness of the construction. The wall studs are usually timber, but many large complexes prefer using steel wall studs for additional structural integrity.

Steel panels increase the load-bearing capacity of the stud and are mostly used in commercial building complexes with multiple floors and additional stress from the elements. For non-load-bearing structures like family homes, wood is the material of choice. Wood is also suitable for drywall and firewalls. Studs used to distribute load-bearing across walls, and partition walls are usually timber and are equally spaced throughout for perfect load bearing. Most non-masonry constructions use stud walls.

Why do we need Stud Plating?

Since studs are vertical boards that help frame the walls or partitions, getting the stud affixed correctly is essential. Stud boards like wood or steel, are placed between the top and bottom plates. They are also equally spaced for load-bearing. The spacing and plating of the studs are usually determined by the cladding material and the size and span of the wall.

Walls with higher load-bearing capacity require double plating to maintain structural integrity. Singular top plates are only used when joists, trusses, or rafters are placed over the studs to distribute weight. While drilling into walls, the stud placing helps keep the drill bit intact for greater hold and support.

How are Wall Studs Affixed?

Initially, studs were attached to walls using nails and hammers. As technology advanced, nail guns were used to keep the structure of the wall stud in one piece. Some modern methods are using clips and ties, or screw fasteners. Modern techniques of affixing wall studs are beneficial against seismic activity and to increase resistance against excessive wind velocities.

How to Find a Wall Stud?

Finding a wall stud is essential when attaching things to the walls like mirrors, painting, bathroom racks, open shelves, and so on. Drilling directly on to drywall can hamper the structural integrity of the wall, and can also cause mishaps in the future. Incorrect drilling may also cause the wall to weaken and release the drywall to become brittle.

When finding a stud wall, it is essential to understand a few key concepts. To start with, most constructions have studs placed at 16 inches apart, and usually start from the top, bottom, or corner of the wall. You can also knock on the wall to check for a wall stud. A hollow sound will indicate there is no stud behind the drywall, whereas a deep, resonant sound indicates a stud behind the drywall.

Apart from these traditional methods, you could also use a stud finder. Stud finders are commonly used by homeowners, and make for useful gadgets in the house. Electric stud finders help locate studs that are covered with less than 1.5 inches of drywall. While using an electric stud finder, you should determine the height of the wall and use this height as the base for your installations.

What are the Different Types of Wall Studs?

There are two main types of wall studs – timber and steel. Each has a different load-bearing capacity and is used for various purposes. Wood and steel studs in the wall also behave differently when used in construction.

Timber Studs: Timber studs are the most common and easiest studs used in construction and DIY projects. They are easily adaptable, lightweight, and can be clad with different materials. Wood studs are also versatile enough for different finishes. Timber studs are positioned between boards called top and bottom plates for greater strength and endurance in the long term.

Steel Studs: Steel studs are more expensive than wooden studs but are also long-lasting. They are lighter, sturdier, and straighter, and do not change shape with the changes in seasons. Steel studs are also free from mould and do not crumble easily, unlike timber studs. Steel studs are excellent for more massive constructions that require additional load-bearing like commercial properties and huge homes. 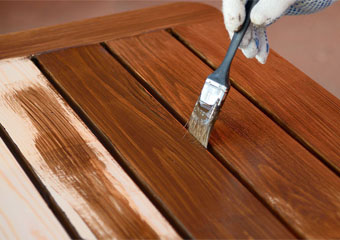 How to Paint Wood

Updated: 08/12/2020How to Paint WoodExternal paintwork and maintenance is a tedious and time-consuming, but necessary job. While it is mostly ignored or procrastinated, it should be done early on to avoid huge costs later. It is tempting to make the interior look...

END_OF_DOCUMENT_TOKEN_TO_BE_REPLACED 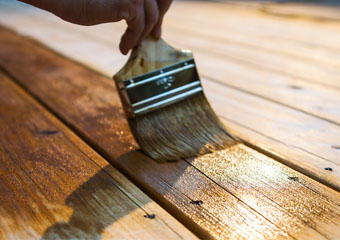 What Paint To Use On Wood?

Updated: 08/12/2020What Paint To Use On Wood?Everyone wants their house or property to look fantastic and gleaming throughout the year. The key to getting this beautiful look all year round is selecting the perfect paint for interior and exterior wood surfaces. Small...

END_OF_DOCUMENT_TOKEN_TO_BE_REPLACED 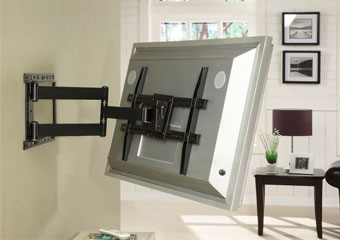 How to Mount a TV on the Wall Without Studs

Updated: 07/12/2020How to Mount a TV on the Wall Without StudsTVs have gotten thinner in width, but better in quality and image resolution. Old clunky televisions with small screens and small bodies have slowly become obsolete. The newer generations of TV models have...

END_OF_DOCUMENT_TOKEN_TO_BE_REPLACED 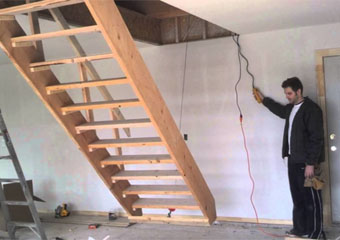 How to Install a Loft Ladder

Updated: 06/12/2020How to Install a Loft LadderGetting in and out of the loft can be a tedious task. A good quality loft ladder can help save a lot of time and can prevent mishaps from occurring. Most people in the UK use step ladders, chairs, or elevated footstools...

END_OF_DOCUMENT_TOKEN_TO_BE_REPLACED 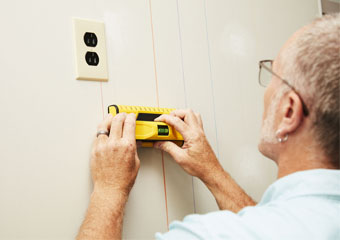 How to Find Studs in the Wall

Updated: 05/12/2020How to Find Studs in the WallAlmost all homeowners have gone through the agony of trying to find a stud wall in their home. Small things like hanging up mirrors, paintings, pictures, wall hangings, or towel racks can be horrible when you cannot find...

END_OF_DOCUMENT_TOKEN_TO_BE_REPLACED 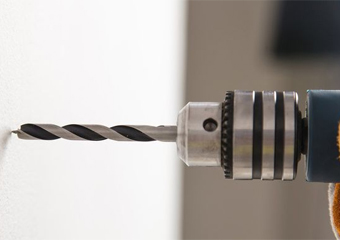 How to Drill a Hole in the Wall

Updated: 23/07/2020How to Drill a Hole in the WallGetting work done around the house is a necessity. Most of us need to drill holes into our home walls every once in a while. Purchasing cordless drills, different drill bits, and plugs are easily done online. The real...